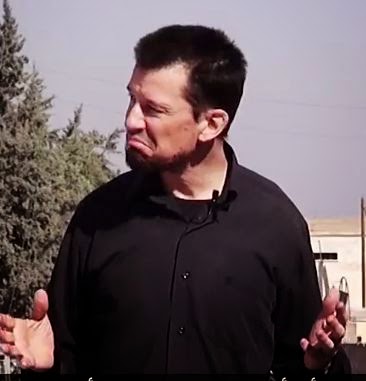 50 Countries have aligned to try to stop the Islamic State. They need to control the production and flow of gas and oil from Saudi Arabia, Iraq, and the Caspian area.

They are dependent on a system of cars and sprawl. If private cars were abolished, energy waste would be reduced, and many systems would go bankrupt.

They have to win the media war against the Islamic State to keep this control.

John Cantlie, an #IS hostage, is reporting the truth and exposing their lies.
at 11:54 PM