atlantic council : "Middle East governments will spend up to $300 billion subsidising fuel costs this year, according to new calculations by the International Monetary Fund (IMF). That amount is equivalent to almost a third of all government revenue in the region. Large scale energy subsidies make little economic sense, according to the IMF, as producers are increasingly strapped for cash after a significant decline in oil prices. In the United Arab Emirates (UAE), steps have been taken to reduce energy subsidies, but the IMF has called for subsidies to be phased out completely. In Saudi Arabia, the IMF estimates that reserves will last only for the next six years at current spending rates. [The National, 5/18/2015]"
at 10:08 AM No comments:

US worst fear, flag of Islam waving over Kirkuk oil 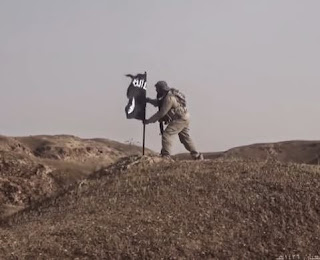 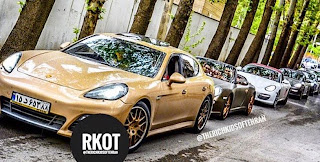 The Guardian: "The death of a glamorous 20-year-old woman in a high-speed car accident in a canary yellow Porsche in Tehran has stirred up anger about the growing wealth gap in Iran."
at 2:21 AM No comments:

Fare Free Public Transport: "After the 30th March 2014 local elections, the first the new Mayor did in Ovacik was to make the public transportation for free. It was one Turkish lira before but now it is free. Some passengers insist to pay. So they drop a lira in a box next to the driver. They claim if the municapility runs out of money nobody helps them.
Ovacık in Tunceli province Eastern Turkey is located on a 1500 square-kilometer area. The bus runs through the county every one hour.
The population is 3700.
http://www.milliyet.com.tr/turkiye-deki-kuba-ovacik-gundem-1929977/"
at 8:21 AM No comments:

Because of #islamicstate all capitalists coming together

Efraim Halevy - Former Israeli Intelligence Chief = ''We Need To Co Operate With Hamas In Order To Fight IS'' pic.twitter.com/Z3dOqPSJvp

JaN unlikely to be able to protect Jordan from #IslamicState

mebriefing.com : "In all cases, betting on Nusrah to confront ISIL in Jordan will help Amman only in the very short term. The issue should always be the sentiments and aspirations of the young Salafis and the youth in general. The weight of any given organization will only correspond to the state of these sentiments and aspirations. The general Jihadi environment in both Syria and Iraq is inevitably reflected inside Jordan. This, in turn, shapes the state of mind of the young generation that is being radicalized by events in both neighbors."
at 8:06 PM No comments: