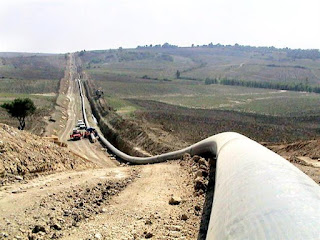 hurriyet : "The KRG has an estimated 5 trillion cubic meters of gas in its territory, the Genel Energy chair said, adding that the region could reach gas exports of up to 20 bcm to Turkey and to Europe through Turkey with the entrance of other companies to the KRG market before the end of the 2020s.

Long-running disagreements between the KRG government in Arbil and the Iraqi government in Baghdad persist over the distribution of the region’s oil revenues.

KRG officials say they have opted to directly sell their oil to customers, rather than through the Iraqi state’s oil company, SOMO, because Baghdad continues to delay agreed upon payments to Arbil. A separate oil agreement between Arbil and Ankara was inked in 2013.

“We faced huge budget deficits in the first half of this year because we only received around $2 billion of the expected $7 billion of oil income. We therefore needed to sell our oil by ourselves,” Hawrami said, as quoted by Anadolu Agency.
"
at 7:46 AM No comments:

Yahoo Maktoob News: "“The Emir said in a meeting held at his office on Monday that the public transportation project will be a transformational project for the people of Jeddah. It will make their lives more convenient and the people will be motivated to be more productive,” said Abu Ras."
at 1:08 AM No comments:

All the world wants Iraq's oil. No ISIS in Basra, so why is it a slum?

The blighted city | The Economist: "Basra should be Iraq’s most successful province. It lies furthest from IS’s front lines and has a tradition as the country’s most cosmopolitan city. It remains the country’s dynamo. It has Iraq’s only ports, and oil production that generates around 95% of the government’s oil revenues. But four decades of war, sanctions, occupation, neglect and Shia infighting have rendered it decrepit and dysfunctional. Its utilities are worse than those of Mosul, Iraq’s second city, which is controlled by IS. Power cuts last most of the day. The water is stickily saline. The air is acrid from oil plumes and from sewage that dribbles into collapsed canals which once saw Basra called “the Venice of the East”. Cholera is back. “Our health was better under sanctions and Saddam Hussein,” says a local councillor."
at 5:46 PM No comments:

It's cars versus people - wars for oil 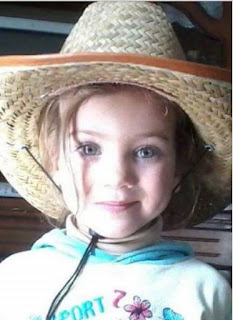 World thirst for oil means bombing "terrorist leaders" like this one in Daraa, Syria.
at 12:05 AM No comments:

Emirates 24|7: "Mattar Al Tayer, Director General and Chairman of the Board of Executive Directors of the RTA, said, "The initiative has succeeded in realising its objectives of showcasing the role of Dubai in supporting efforts made to improve the environment, achieve sustainable development, encourage people to use public transport means, and raise public transport ridership levels by educating users about the benefits of public transport. The Day is also intended to promote RTA’s modern mass transit means comprising the Dubai metro and tram as well as buses and marine transit modes, besides achieving the integration of multi-modal transit systems, and showcasing the leading role of Dubai in general and RTA in particular in uplifting the profile of public transport.""
at 7:52 AM No comments: